Ibis and the Origins of Writing

This is a re-post with emendations.

Last week I received a call from Susan O'Connor at the International Storytelling Center in Jonesborough, TN. They produce a weekly teller-in-residence program and the week's featured storyteller, Willy Claflin, had to cancel because of illness. Susan called to see if I could fill in for Willy. I rearranged my schedule and managed to cover 5 of the 7 scheduled performances. [BTW, Willy reports feeling much better and ready to roll!]

The opportunity to tell stories for an hour every day invites invention and the rediscovery of old stories in new combinations. Each day I endeavored to find a fresh prompt to begin my discourse. On my last day (Friday) I decided to share a simple trick I learned from my mother re: tearing paper. [Mom is now in a memory care facility in Asheville, where I can visit her often.]

This thought connected to a conversation I had with my mother while folding paper cranes at her condo in south Florida many years ago.

That thought connected to the first trip we took to the Everglades when I was quite young and my mother (a New Yorker) was quite naive about the region. For her it was a trip of high anxiety and crisis management with 4 children, little gas, no money, and no idea where she was. For me, it was an introduction to the wonder of wilderness.

At any rate, while I was off in the wings of the ISC Storytelling Theatre, thinking of these things and folding a paper crane, I found my thoughts connecting with the ibis of the Everglades and the bird's long history in the earliest civilizations of Sumer and Egypt. The paper crane in my hands, I saw, could morph into an ibis in a few extra moves. In the same way, I saw I could connect to the origins of writing in a few extra moves from a childhood in Florida, to the Everglades, to the wetlands of Sumer (Tigris/Euphrates delta), to the Nile delta.

Here is the paper ibis I invented, and here is the re-post of an earlier article on the origins of writing: 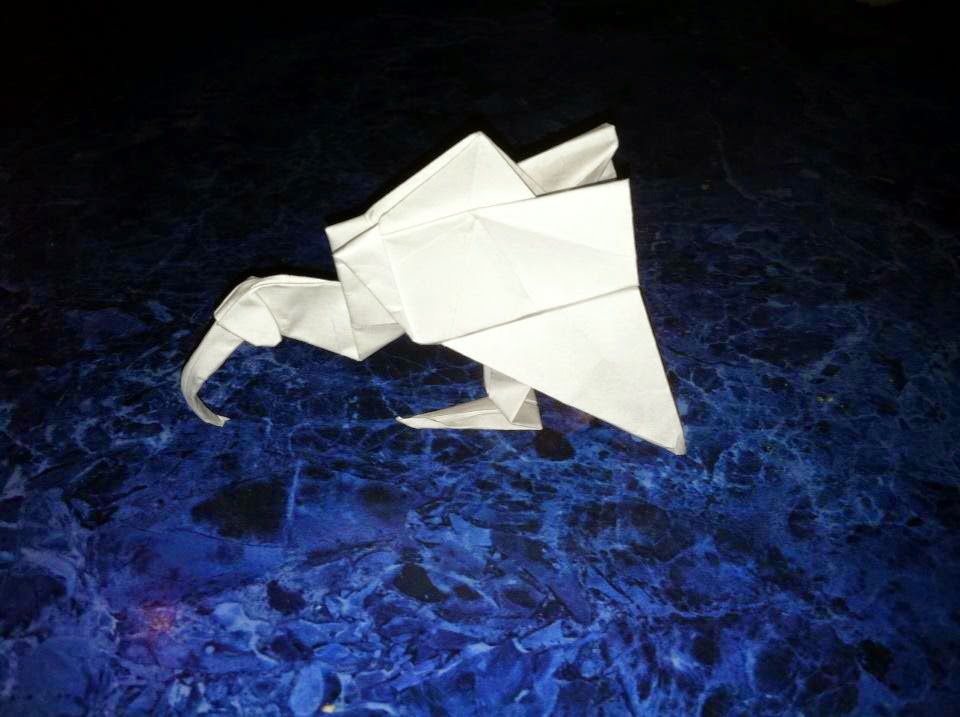 I always enjoyed watching the ibis in Florida poking about in the mud flats. It makes perfect sense to me that the Egyptians chose the ibis for the god, Thoth, who invented writing. Ibis mark mud flats in a way very similar to the earliest examples of writing we have: cunieform. That suggests to me that reading as a behavior for attending to the world around, precedes the concept of writing as a behavior for recording narrative. For example, a hunter "reads" signs such as animal tracks. We "read" the sky for a sense of the weather, and so on. That the Egyptian god, Thoth, Ibis-headed, invents writing may come from close observation of ibis and the marks left behind after the ibis passes through.Though Thoth is Egyptian and cunieform is Sumerian - both regions share a similar landscape of wetlands, delta, and mudflats. Habitat for ibis. 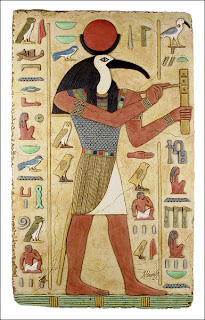 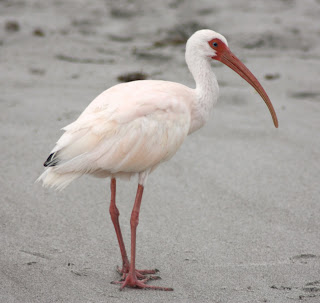 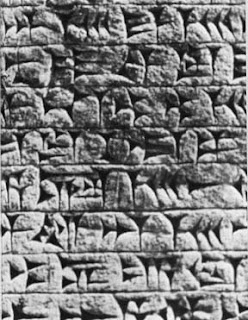 Sumerian cunieform writing results from pressing wedges of reeds into soft clay.
Posted by David at 6:25 AM No comments: