Inspired by my recent conversation with Steven James (The Story Blender, 2/11/2022) 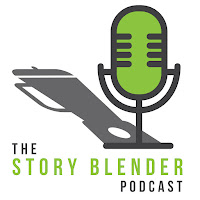 I bring back this article from '91. Enjoy.

Storytelling is too vast and varied an art form to be the province of any one tradition or culture. The current profession of storytelling offers a kind of crossroads for many fields of endeavor, each leading into the other through the common ground of the told story. The shaman, the historian, the psychologist, the librarian, the writer, and the raconteur all may find in storytelling the origin of their profes- sions and, perhaps, the apotheosis as well. The stage actor, along with the rest, has a legitimate claim of kinship to the first storyteller; and may also find in storytelling the final fulfillment of his or her art form.

Many theatre artists turned to storytelling in Europe and the United States over the last twenty* years. What has brought them to this crossroads? What do they seek and what do they have to offer? A look at a few recent trends in performance art may offer a means of understanding the place of the actor/theatre artist1 in the vast arena of storytelling.

Theatre and Storytelling are so closely related it is difficult at times to distinguish the one from the other. The soliloquy, the aside, and the direct address of the audience are still prevalent in modern plays and are indistinguishable from traditional storytelling in the West. Other elements less traditional to Western storytelling, such as dance, mask, ensemble and enactment have ties to storytelling traditions elsewhere. The modern actor, therefore, is bound to cross into storytelling at some point in his/her development.

The developmental path of the stage actor often involves explorations in the root forms that make up the modern theatre. Many actors engaged in such a process, are now storytellers. As actors recapitulate the evolution of stage performance, they bring new life to the theatre and become dynamic artists in their own right.

In the field of Embryology, recapitulation theory suggests that “an organism passes through developmental stages resembling various stages in the phylogeny of its group; ontogeny recapitulates phylogeny.”2 The idea, simply, is that the development of the individual recapitulates the evolution of its species. For example, there is a period in the development of the human embryo in which it resembles the aquatic life forms of its ancestors in the primordial sea. The birth of the child may be said to recapitulate the evolution of the species from sea to land. Whether or not this theory still has validity in the life sciences3, it may be useful to describe the way modern actors are recapitulating the history of theatrical art. This recapitulation is leading them into storytelling. In a way, the modern actor is re-evolving into the modern storyteller.

If personal anecdote may serve to tell a collective story, I will offer my own theatrical ontogeny as an example. As a child I studied theatre for children. I received instruction in many theatre skills: voice, movement, improvisation, interpretation, make-up, playwrighting, etc. By the time I went to college I had two major interests: directing and mime. Directing interested me because it was concerned with all aspects of theatre art and was therefore the most general and all-inclusive area of study. Mime, on the other hand, interested me for the opposite reason: it was theatre at its most essential. In mime, everything was concentrated on the actors’ body and the small space it occupies. Here was the beginning of my recapitulation. During the 1970’s I divided my time between these two disciplines. Yet it was mime that lead me to my theatrical origins and set me on the path to storytelling.

The American revival of interest in mime was well under way by the 1970’s, reaching a climax at the 1974 International Mime Festival and Institute at Viterbo College in Lacrosse, WI. There, a new generation of mime artists acknowledged one another, celebrating this essential theatre and, at the same time, evolving away from it. For the rest of the decade, they would expand their mime repertoires to include mask, juggling, circus skills, experiments with voice, and clowning. This period saw the advancement of commedia d’ell arte troupes, juggling ensembles, the arrival of “new vaudevillians”, a proliferation of solo-actor dramatic performances and performance artists.

In the late ‘70’s, as a member of the Theatre Project Company in St. Louis, I was able to experience a synthesis of my many interests. Here, I began to tell stories. In 1980, storytelling came to St. Louis in a big way, with the first St. Louis Storytelling Festival. I brought my early efforts at storytelling along- side more accomplished artists such as Gamble Rogers, Heather Forest, the energetic Jay O’Callahan and the wonderfully eclectic Ken Feit. These storytellers, and many others like them, coming from folk music, education, the ministry and the theatre, were part of a dynamic exchange of energies and ideas in the form of the spoken story. The simplicity of the telling of stories was capable of unifying otherwise disparate disciplines. Entering into this arena, I discovered a kind of crossroads of many traditions.

Yet I continued to work in the theatre, retreating from the crossroads to ply my trade along the well-traveled paths of the modern actor. I went back to school for a graduate degree in a professional training program. Yet now I was convinced that the actor, more than the other artists that comprise the theatre arts family, was at the center of the art. However, the practice of telling stories (though never fully dormant) began to reassert itself in my life and work. I left acting and returned to the crossroads of storytelling.

Such was my ontogeny. Yet it was by no means unique. Many theatre artists were making the same discoveries and the same decisions. With some variation, I have heard my story from scores of other storytellers. All were on the same pilgrimage, though never certain where it would lead. This evolution may be summed up in this sequence:

1. A return to mime, reducing theatre to its essential element: the actor in action. No voice. No word. No character. No story.

3. A return to storytelling with the word arising from the speaker, and the evolution is complete.4

This re-evolution was anticipated by one of its progenitors, Etienne Decroux. Decroux developed the foundations of modern mime in Paris beginning in the 1920’s. His students included Jean-Louis Barrault, Jacques LeCoq, and Marcel Marceau. Marceau, more than the others, brought this art form to prominence in America and the world. Yet Decroux was not interested in the kind of pantomime we saw commercialized in America in the ‘60’s and ‘70’s. He wanted a radical stripping down of theatre to its essence: the actor in action. In 1931, he articulated a formula for the rehabilitation of the modern theatre, the first three points of which were:

“1. For a period of thirty years, prohibit all arts other than the actor’s. Substitute for the set of the play the set of the theatre, the backdrop of all imaginable actions.

“2. During the first ten years, eliminate all elevation from the stage such as benches, stairs, terraces, balconies, etc. Actors shall suggest the ideas of “above” and “below,” although one partner may be beside the other. Then allow elevations only on the condition that they create greater challenges for the actor.

allow words contrived by the actor. “ (Italics my own)5

From here he continues to prescribe the return of playwrighting and so on, all the while insisting that the actor be the primary artist. Given the modern evolution of mime-actors into storytellers, Decrouxs’ prescription appears to have come about, much as he had envisioned it.

The arrival of actors in storytelling can be viewed as a sincere effort to rehabilitate their art and their place within it. In an interesting discussion of the new storytellers in France, Veronika Görög-Karady observes that “a large number of them (ie. new storytellers) belong to the generation which began its adventure with oral literature after 1968. For many, the years between 1968 and 1978 are explicitly considered to be the critical years of their development. Clearly, significant breaks with other forms of classical artistic professions occurred during this period.”6 Why this break? What motivated it?

Many actors experience the modern professional theatre as restrictive and oppressive. The theatre is increasingly dominated by the director and the designer; most choices are dictated to actors, rendering them artistically impotent. We have seen many efforts to correct this, all closely related to storytelling: the one-actor play (usually a biographical work in which the actor has had some authorship); performance art (which seems to be moving into storytelling at break-neck speed); and monolog (exemplified by the work of Spaulding Gray, Eric Bogosian, Lily Tomlin, and the like.) What do these forms offer that traditional theatre (in its present state) does not? Again, Görög-Karady: “public narration, even in an institutional context, appears to approach the closest to the ideal of an immediate aesthetic relationship.”7

Storytelling offers actors a chance to establish a meaningful relationship with an audience. Rather than hiding behind the smokescreen of ‘high culture’, the myth of celebrity, and the cult of ego, the actor can come back to the real world as a real person. Yet this real person still has the ability to transform, to rhapsodize and to mesmerize, but in a new and intimate relationship with an audience.

Actor-storytellers sometimes come under criticism for their use of theatrical elements. The word acting is often used pejoratively in reference to the storyteller who has in some way distanced himself from his listeners. There is such a thing as good and bad acting however, just as there is clear and muddled speech; one can successfully tell a story while the other fails. Storytelling is performance. Ideally that performance has elements of intimacy, conversationality, and a degree of participation. The persona of the storyteller is largely determined by that teller’s tradition. (Even tellers who claim no traditional ties have a style influenced by their life-experiences and the culture(s) that shaped them.) To require that the actor-storyteller not be theatrical both a misconceives theatricality and disregards that teller’s tradition.

The crossroads of storytelling may well be the breeding ground for a new dramaturgy. Certainly the actor, recapitulated as the storyteller, has the potential to fuse dramatic energies into powerful storytelling which is immediate and original. What does the audience get out of this? Perhaps it is a chance to experience the theatre they were promised they would find at the playhouse, but which eluded them. Perhaps it is a chance to participate in a new indigenous theatre where the actor is celebrant and the audience is a fellow-traveler. In any event, it certainly is a chance to hear again a good story well told.

1 It is important to keep in mind that actors are artists of a kind: their medium is the theatre, their craft works with human behaviors and languages. I use the term “actor/theatre artist” to emphasize the point that acting is more than rote memorization of prescribed language and tasks.

3It is pretty much an obsolete theory in the Life Sciences, and actually may have been exploited to support racist and sexist views in the 19th century. How- ever, the idea gives a useful analog for the purposes of this paper. For an interesting discussion of recapitulation theory and its socio-political implications, read The Mismeasure Of Man by Stephen Jay Gould, New York, Norton, 1981.

4 At various stages along this sequence a number of important artists have surfaced: the mime of Marceau, the mask work of Mummenschanz, the clowning of Bill Irwin, “new vaudevillians” and now “spoken-word” artists, and so on.

David Novak is a storytelling actor who can be seen and heard on stages across the country and abroad. For more information contact https://www.atellingexperience.com/