At the National Storytelling Festival last month, I performed an hour long "set" of stories on the problem of feeling like an alien on Earth. The response was mixed, some folks drifted away because I was not funny enough. Others, however, were visibly moved. For the second group, I hit a nerve; I found my tribe.

What was it about? It came from the sense I have that we live on earth as if we are not from here. All my life I have been "not from here." The name "Novak" means "new comer" or "new man" and the name comes with a deep felt sense of strangeness.  As a child of the Baby Boom, raised during the Space Race, it was easy to imagine that Earth was some kind of cosmic way-station, the place we were stranded while repairing our spaceships. Our religious cosmology certainly reinforced that notion, characterizing our time on earth as some kind of penance for unforgiven sins. Such was the story that raised us, that goes deep in Western Civilization and finds new iterations in the present day. Whether you are awaiting the Rapture or simply looking to be retrieved by our sundered extraterrestrial ancestors, the attention is directed away from Earth.
.
But there are other stories. My favorite is the Maori story of Tane (recounted below) which suggests a different relationship to Earth as home. The recognition that Earth is our home has been rising in the mythic mind of the West ever since we saw ourselves from the moon in 1969. That mythic realization is finally showing up in our popular imagination as well. I recently saw the new film, Gravity, and saw very clearly a myth of return. It is time to get back down to Earth and stand upon it as true children rather than cosmic orphans.

So I am re-posting an earlier blog on the topic: 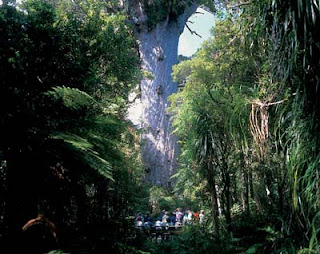