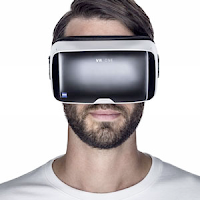 Reality is a social construct determined by the narrative styling of truth.
Storytelling is the original virtual reality.

What do I know? How do I know it? What distinguishes belief from opinion? Is what I believe to be true, actually true? How do I know what I know? That is the problem.
And the problem is, I don't know, I believe. But I believe on a deep level that is so unconscious, it manifests as knowledge. "The sky is blue." A  simple statement of fact. But that fact is formed from a linguistic agreement about "blue" "sky" and "is." If I don't have those implicit notions embedded in my thoughts, there is no statement of fact.

Fact, by the way, derives from Latin facere, "to do." It is a past participle, meaning "a thing done." A related word from the same origin, but not as commonly used, is factitious, meaning "made" or "artificial." In other words, a fact is a thing that is done, a factitious fact is a made fact, a fake fact. The making of facts (factition?) is a popular practice at present. Increasingly today, facts are factitious acts of fiction.*

We think of facts as irrefutable and unchanging truths. A fact is, regardless of whether we believe in it or not. There is a chair in the room. It is a solid entity. There is no denying its existence. We see it, sit on it, know it through all our senses. Even if we do not know what a chair is, we cannot deny that the thing others call a chair is there in front of us and, should we choose to ignore it, we will still trip over it. This sense of a fact is embedded early in childhood as we begin to comprehend object permanence: a thing exists separate from my sensing it. [When I close my eyes, the chair is still there even if I no longer see it.] Once the notion of object permanence is embedded in our minds, we can accept the notion that a chair exists elsewhere, even if we do not see or feel or otherwise experience it. I have a chair in my room. You tell me there is a chair in your room. I accept that your chair is as real as mine. Your chair exists, because I believe what you tell me. Hence, a fact is able to exist beyond my ability to verify it with my senses, because you tell me so. There's the rub!

Suppose I visit your home one day. I see that there is no chair there. I say "hey! you said you had a chair. What gives?" You tell me that the chair was there but now it is gone. You gave it to a friend. I accept this. Your chair continues to be real, a fact, even though I have no empirical proof of its existence. Now I have a truth embedded in my world: there exists a chair that once belonged to you, but now belongs to your friend. This chair, by the way, is wooden and finely crafted with lathed supports and a walnut varnish. It is lovely. It is true. Yet, it is also imaginary. It exists in my factitious reality.

How is this possible? Facts are believed, in part, because we are inclined to accept what others tell us as true. It is part of the implicit social contract. The philosopher, Paul Grice (1913-1988), described what he called the "cooperative principle" in human communication. He observed people in conversation cooperating according to a set of socially embedded, unconsciously assumed, rules or "maxims." Among them was what he defined as the Maxim of Quality** in which it is assumed that the speaker is speaking the truth, or what they believe to be the truth. You tell me you had a chair and gave it to your friend and I accept it as true. I have no reason to believe otherwise.

But the Maxim of Quality only goes so far. I am not completely gullible. I am only willing to believe you up to a point. Tell me there is a unicorn in your garden and I begin to doubt.

This is a language and style issue.
Bible style: "And the Lord spoke, saying, Behold! I will bring unto you an unicorn to bless your garden and this shall be a sign of my eternal love..."
Science style: "According to research data, there is a significant probability that single-horned mammals of the family Equidae, may inhabit isolated botanical regions such as gardens..."

This is my point: If you want me to believe in your unicorn, it all comes down to the story you tell and how you tell it.
Now get this, the word True comes from the same root as the word Tree, and the sense has to do with something that is solid and steadfast, as in made-of-wood. The word Druid derives also from the same root and combines with the proto-indo-european root for vision, yielding one-who-sees-the-tree, i.e. one-who-knows-the-truth.

Culture regularly assigns the role of "druid" (i.e. knowers-of-truth) to particular storytellers. In the case of religious truth, the priests are the truth-tellers. In the modern instance of scientific truth, the truth-tellers are the scientists, experts, and other kinds of authoritative  (authorized) reporters who practice a style of truth-telling we might call "the illusion of objectivity" more commonly known as "news."

SO, if you style your story in the language of truth, some people will believe you. Especially if you attribute your report of the truth to other, accepted truth-speakers, experts, and tellers:

Oh, and if you put a picture next to your report, you will add the gravitas of reality to your assertion. Pictures never lie, right?

Every good storyteller knows that one of the most effective ways to tell a ghost story is to treat it like a news report. The more factual it sounds, the scarier it is.  This is because the language of truth is so ingrained, we are reluctant to doubt it.

But in order for something really outrageous to embed as true, I need to have room in my factitious reality for it to take root. (Truth is a tree, remember?) To clear a space to embed a truth, I need to cultivate doubt. Using the language of truth against itself, I can create a counter factual narrative. Say, for example, I create doubt about the voices of truth by claiming the authority (the media) is biased. I make assertions that news reports are unfairly weighted in favor of a specific moral issue, economic trend, or political party. Doubting one voice of truth, allows another voice to be heard. And so it goes.

In the present cultural moment in the West, the established language of truth is in doubt. As the notion of objective reality becomes more and more subjective, truth is balkanized*** into factitious factions. We choose the reality we want, neither more nor less. Truth ceases to be solid and tree-like, becoming uprooted and nebulous. 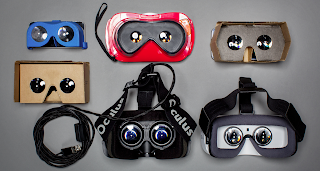 As the established truth-tellers lose their authority, we are left to discover for ourselves a language that will have the emotional and intellectual ring of truth. We can either inflame and enrage, or enlighten and enlarge. In the new nebula of truth, the storyteller must be a wayfinder. The challenge of the time is to reconstitute a social contract of truths we can once again hold to be self-evident.

"When the truth is found to be lies...
...you better find somebody to love."

*Factitious Disorder, also known as Munchausen's Disease, is a mental health disorder in which patients deliberately create false symptoms of mental or physical illness. Baron von Munchausen (like the Norwegian Peer Gynt) is a fictitious German noble who spun tall tales of outrageous adventures.
** For more on the Gricean Maxims: http://faculty.mu.edu.sa/public/uploads/1424893182.9735Gricean%20Maxims.pdf
*** Ironically, it happens that much of the recent fake news has come from the Balkans!