Over the years I have created ways for using a simple paper folding toy to explore storytelling, tallying, and storyboards. The "magic picture" toy is created by folding a square of paper in on itself to create multiple folds that can hide and reveal part or all of a square. 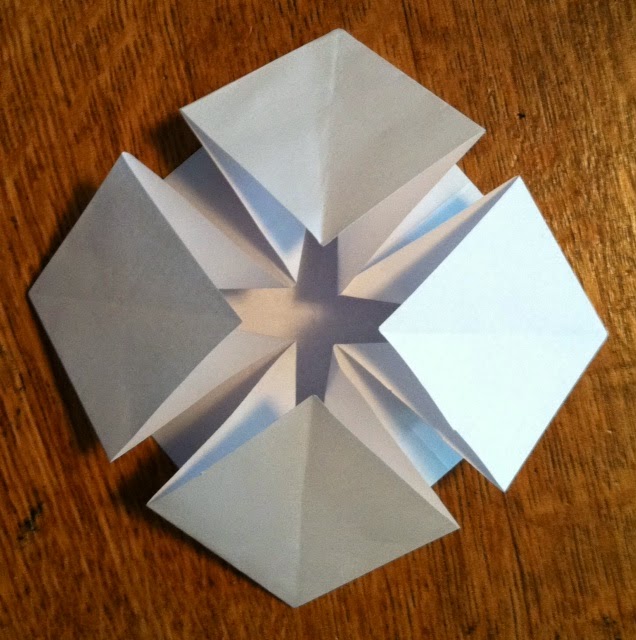 As a picture toy, these are used to change a simple picture such as making a facial expression turn from a frown to a smile. For storytelling they can be used to recount a story. I use them in the classroom, to help students find their way through a story and to divide a story into richer details: 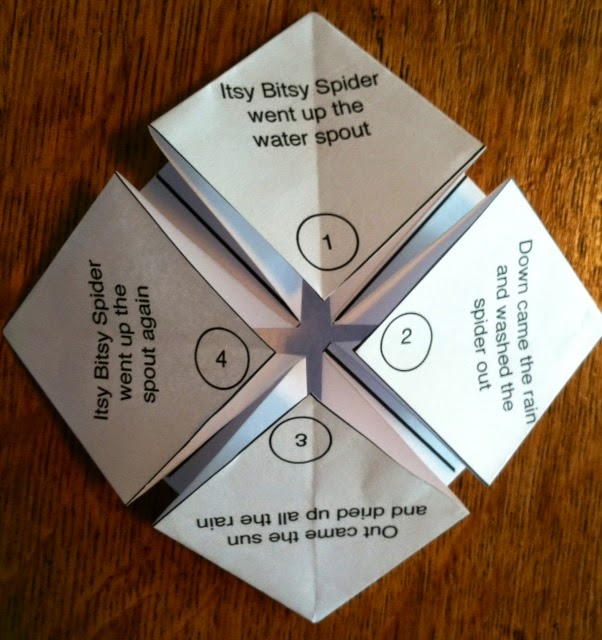 Throughout history storytellers have used pictures to illustrate their stories. 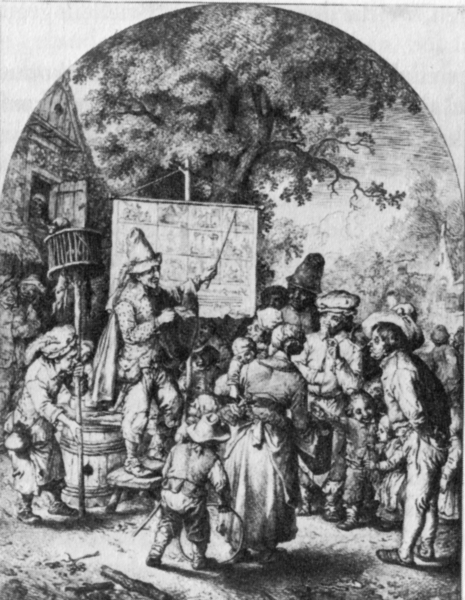 Bankelsanger literally means "bench singer." These German storytellers would use a small bench as a stage from which to direct listeners to their story boards.

Similarly the art of Kamishibai in Japan is based on telling stories to images.

The modern use of storyboards in film-making is a direct descendant of these traditions. Storyboarding was first used as a cost effective way to pre-edit animated films by Walt Disney. 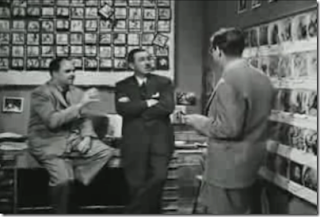