I lost myself. It started with a toothache. A back molar began to throb. I dosed myself with Tylenol and lay in bed enduring the deep dull pain and wondering what to do. No health insurance. No cash. So, until I  could afford a dentist visit, I would floss, rinse, dose, and concentrate. The tooth was commanding my attention. I could picture it, growing in my jaw; an infection developing from some foreign strain of opportunistic bacteria. An invasion. The root reaching into me, a kind of plant, a growth, an entity separate from me. I felt invaded. 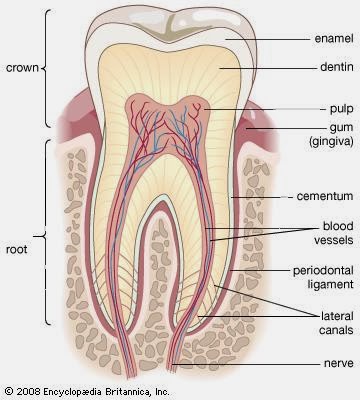 There are trees and grasses and flowers in my yard. They all put roots down into the soil. They sometimes are invaded by pests and bacteria. That was happening now in my jaw. Why did I feel the pain when the "plant" was attacked in my jaw but not when the plants are attacked in my yard? "My" is such a relative term. "My yard" because I am the putative possessor of the territory (though the land as well as the bank would disagree.) "My jaw" because I am more than the possessor; the jaw is me. Is the tooth? The tooth is mine. When a tooth falls out, we say we lost a tooth, a thing once in our possession. So, now, this tooth of mine is causing me pain and I am ready to lose it. Will I lose me in losing my tooth? Am I an assemblage of parts? Where is the me that is the possessor and the experiencer?

I was falling apart. Literally. I finally got to the dentist (deferred payment for a week) who looked at the tooth and said it was not an infection but a resorption. Root Resorption. The body was repossessing the tooth, resorbing it.

to break down and assimilate (something previously differentiated.)

Last fall my car was repossessed, resorbed; the bank no longer wishing to play make-believe with me. ("Make-believe you own this.") This happened mere days before I was to appear at a major job: the National Storytelling Festival, which, as it happened, was the Universe's way of getting my car back after hefty fines.