Give Voice To The World

Bill was an Anole Lizard who lived in our terrarium and ate crickets. He enjoyed stories. One of his favorites was The Itsy Bitsy Spider. We would often discuss the story, Bill considering himself something of an expert on spiders. He would muse, "Itsy might be a recluse...but, if he is, he's a pretty dumb one. A water spout is a stupid place to hide, as the story points out. I hope he isn't a black widow, for obvious reasons. If he were a Daddy Long-Legs, he'd be a small one and I'd probably wait at the water spout to snatch him up. Might be tasty. They are properly called opiliones by the way, and are not poisonous despite rumors." 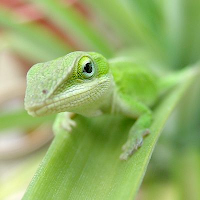 Another story Bill liked was The Old Woman Who Swallowed A Fly. However, I could hardly get through the story without him interrupting me on the refrain. "That's ridiculous!" He'd exclaim. "It's obvious why she swallowed a fly. Who wouldn't? Really!"
Bill eventually died and I was broken-hearted. I feel bad for having kept him in my terrarium when he might've had a fuller and richer life out in the wild. But I am grateful to have shared his company and learned from him that we human beings are not the only "people" on this planet. 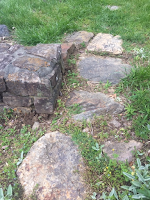 It is human nature to look out at the world and see the world looking back. The art of the actor and the storyteller puts us regularly in touch with the thoughts and feelings of others. In story, especially, we hear the voices of the world. Lizards, wolves, bears, ants, and all living creatures speak up in our stories. Not only animals, but plants and elements speak too. (Consider Grandfather Stone in the Seneca story of the origin of stories.)

These spring mornings, filled with birdsong, I often think of the Russian folktale, The Language of The Birds, and our desire to communicate with the natural world.

This Earth Day, practice your acting and storytelling skills by stepping out of doors and speaking the thoughts and feelings of the birds, the squirrels, the flowers, grass, and trees. Give voice to all the people of the world and share their stories.

What are they saying?


PS- To learn more about the mythology of the language of birds (and hear a beautiful recording of the whistling "bird Language" used in Turkey to communicate over distances) check this page on crystalinks: https://www.crystalinks.com/birdlanguage.html )